We'll Be There in Just a While

Celebrating the end of 2012 with one of my most favorite songs ever. Steppin' Out by Joe Jackson (1982). Great then, great now. And it will still be great in 2042. A perfect song for every new, hopeful year.

Did not hear so much as a peep from the Mayans yesterday.
Posted by Hannah Fury at 8:27 AM

Bleeding Heart, also known as lyre-flower. This has always been my favorite flower, ever since I first saw it growing at the edge of the playground at my nursery school. 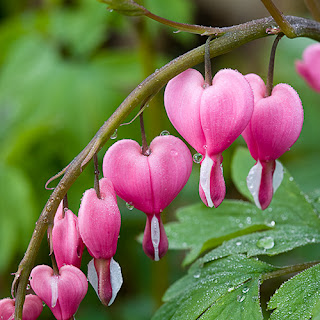 image source
Posted by Hannah Fury at 10:32 AM

Just one more year and the health exchange will be in place. I am so hopeful about this.

Here is a document created by AHIRC (Artists Health Insurance Resource Center). While it is particularly focused on those in the arts, it is a really good overview and explanation of how the new Patient Protection and Affordable Care Act will (hopefully) improve the choices available to everyone in the United States.

What I hope it will mean for me personally is that I'll be able to have good, affordable health care and insurance irrespective of a day job.

Every Artist Insured - Understanding Healthcare Reform
Posted by Hannah Fury at 8:10 AM

I've been watching this cozy little BBC mystery series called Rosemary & Thyme on Netflix recently. The protagonists are two lady gardeners who somehow manage to entangle themselves in an elaborate murder mystery with each new landscaping assignment they undertake. The ladies, Rosemary Boxer (played by the sweetly pretty Felicity Kendal) and Laura Thyme (played by the robustly handsome Pam Ferris), are a pair to be reckoned with. Not only do they always create stunning gardens and catch the culprit in the end, but they also confront various personal and romantic complications along the way. Even more than the stories, I really love that every episode has beautifully filmed shots of incredible scenery and absolutely idyllic gardens -- the plant life is treated like a third main character. But my very favorite thing of all is the music.

On the cover of her first solo album, Bella Donna, Stevie Nicks is dressed in a long, white, flowing gown with gossamer-wing sleeves. She is pictured next to a bouquet of white roses, holding aloft a beautiful, majestic cockatoo. 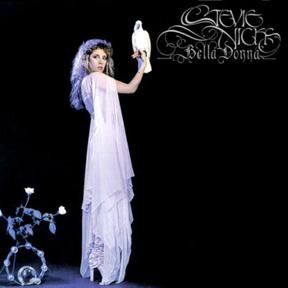 That album (which I love, by the way) includes the song "Edge of Seventeen (Just Like the White Winged Dove)." Not only are birds often mentioned in the lyrics of her songs, but ever since her Fleetwood Mac days, Stevie's wardrobe has had a distinctive "creature-in-flight" aesthetic. Here are a few early examples: 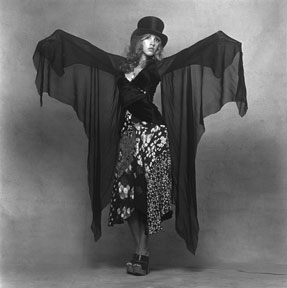 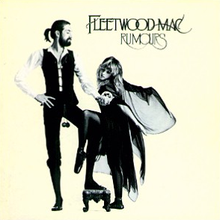 And here are some from the Bella Donna era: 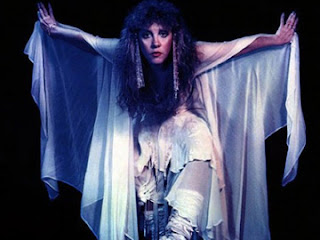 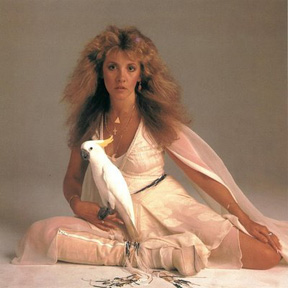 All in all, there are some pretty clear indications that Stevie finds winged things to be inspiring.

So what, you say?

So, here's Snowball, y'all! This bird really needs no introduction, since he is a world-famous dancer and beat keeper, and has even been studied by Scientists. Though Snowball's list of accomplishments is long and impressive, it may be argued that his greatest achievement is his impassioned performance to "Edge of Seventeen." Yes, indeed: the very same song mentioned at the beginning of this post.

But, but... what does it all mean? Well, having intensely pondered the deeper significance of it, I humbly suggest that The Universe is sending a message. It seems that the inspiration has become the inspired. Just watch how this mess of feathers gets down to Stevie's classic, and behold the hardcore rocking that is unleashed at 1:45 -- "Well I see you doing what I tried to do for me..."

It is the Cosmos telling us that we are all one, freaks.

Bird Lovers Only Rescue Service, Inc.
Posted by Hannah Fury at 8:39 AM

Seems Too Good To Be True

It's a teeny tiny chameleon that fits on the tip of a matchstick. 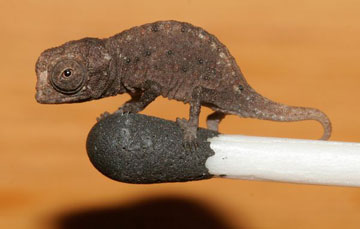 And a couple of other guys with equally alluring attributes. 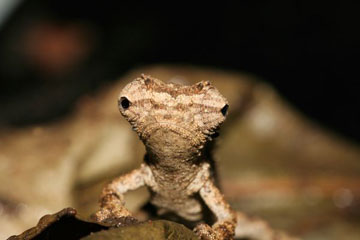 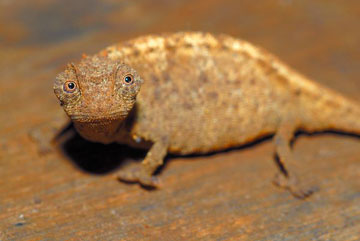 And judging from their expressions, I'm pretty sure they all have rap names.
Posted by Hannah Fury at 10:53 PM