Of course, as it would for anyone, the move did not come without its share of ridiculously hard work and epic chaos (and messiness!). I had to renovate a bathroom. I'd wanted to do it forever, but kept having to procrastinate. However, taking on a housemate made it imperative that it get done immediately, so I was thrilled to have a deadline. I painted, I cleaned, I did mosaics, we hung a curtain rod, I shopped for curtains, I safety-and-border-taped, I removed paint from where it shouldn't be, I spray painted, I stenciled, I attached knobs... the list goes on and on. But even though I worked SO hard on it, it's still not done. But the fixes are minor and the bathroom is totally functional, and dare I say, kinda pretty!

I don't have a collection of complete before shots. I don't even think I took a photo of the original bathroom. But basically it had layers and layers of old wallpaper which had been painted over in an unfortunate shade of pinky-mauve. So I removed all those layers and discovered some pretty old and interesting black polka-dot wallpaper underneath. I would guess that it's from the 1930s or something. All of this demolition work was done before the accident. There's no way I could have done it now, at this state in my healing, so it was good that that part was out of the way. Anyway, I wanted to somehow use these old polka-dots in my new design, so when I hired the plaster guy I told him "Don't do the whole thing -- just these parts." In retrospect I probably should have had him do the entire ceiling. I ended up painting it all black anyway, but these are things that you run into as you go, so I won't be too hard on myself. Besides, I can always have that part skim coated at some point in the future if the black painted paper up there begins to fail. For now, I think it looks fine.

This project and fixing up and packing in general took EVERY ounce of energy I had.

Here are some before pictures (after the skim coat plaster work had been completed). 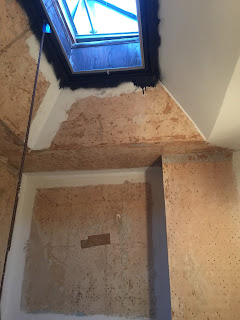 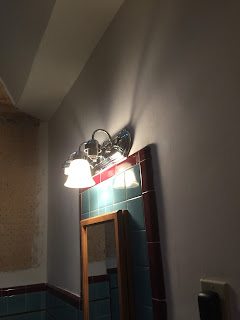 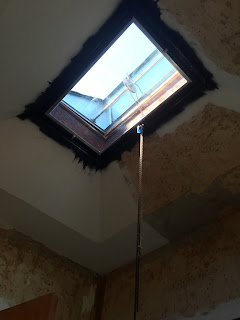 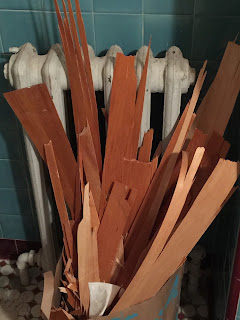 And here is the almost-finished result! I still have to varnish the back of the door, and grout the mosaic, and fix the soap dish -- but these are things I'll look forward to doing when I go to Philly the next time! 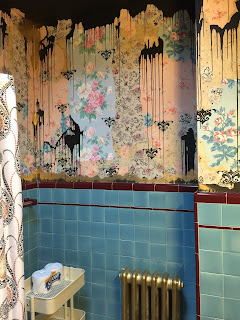 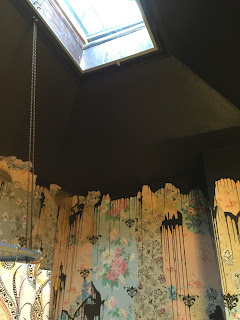 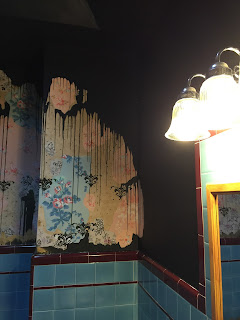 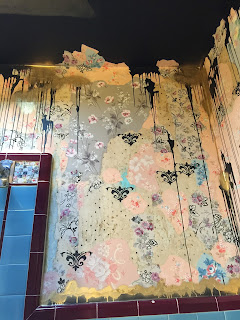 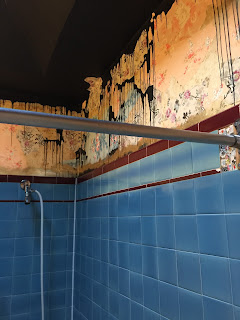 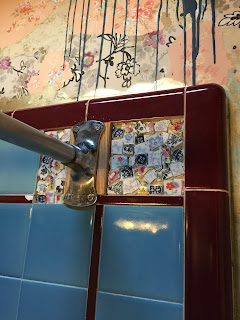 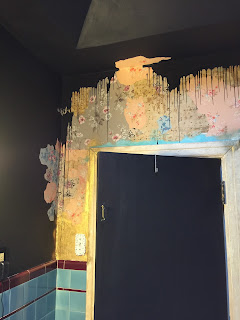 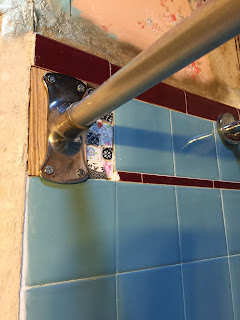 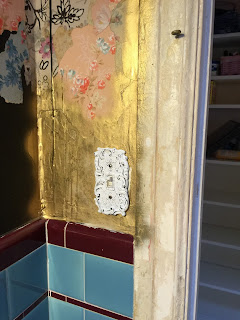 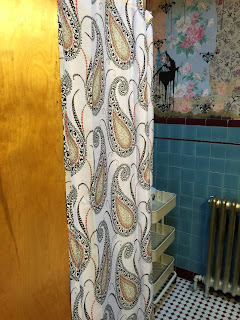 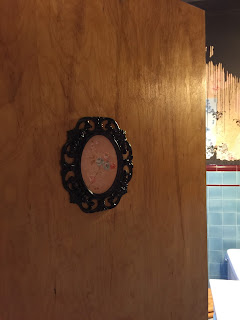 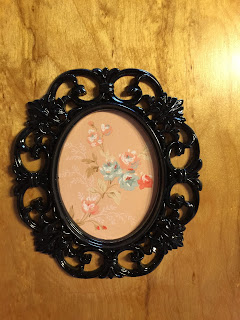 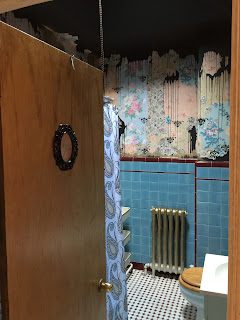 I had already decided to move back to Austin even before the accident, but the accident made it all the more urgent. But I loved my little house in Philly. I fixed it from top to bottom over the years that I lived there. I still have some things to do, but they'll have to wait. Because, as of now, I'm staying in Austin for a while! :) Meanwhile, I'm happy to be sharing my Philly place with a housemate, who in many ways shares and can appreciate my decorative flair!

Here are a few videos of my little spot before I began packing: